Our 8:00 am service follows the traditional Episcopal service. If you are familiar with Roman Catholic or Lutheran services, you will find this Episcopal service remarkably similar. Below you will find a brief outline of what happens during this service, please keep in mind that this may be adjusted depending on the season of the church.

The central rite is the Service of Holy Eucharist, also known as “Communion” or “The Lord’s Supper.”

The first part of the liturgy (“The Liturgy of the Word”) consists of prayers, scripture readings and a sermon or homily.This is followed an Affirmation of Faith (The Nicene Creed), the Prayers of the People, Confession of Sin, Absolution, and the Exchange of Peace.

The second part of the liturgy (“The Liturgy of the Eucharist”) begins with the offerings of the congregation, then proceeds with the Eucharistic Prayer, the Lord’s Prayer, Consecration of the Elements (bread and wine), Communion, the Post-Communion Prayer, Blessing and Dismissal.

Fourth Sunday After The Epiphany 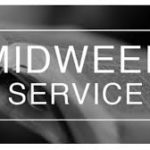 The Conversion of St. Paul

Third Sunday After The Epiphany 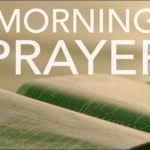 Second Sunday After The Epiphany

The Confession of St. Peter

First Sunday After The Epiphany 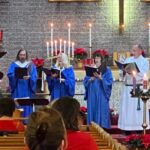 The Feast of the Holy Innocents